Best Tech Jobs For The Future

Security Management Specialists are tasked with various aspects of an organization’s security. They may handle the security of a company’s facilities, personnel, equipment as well as other resources.

In doing so, security management specialists are required to come up with the right security systems and processes which are effective for the company. They may also be required to find such IT-based solutions and equipment which best fits the company’s security needs.

Security Management specialists may also be tasked with performing risk analysis on various aspects of a company’s security. Following such an analysis, they may draft appropriate recommendations for the management. Their salary ranges from $50,000 to $110,000 annually

Network Engineers, also known as Network Architects, use information technology to manage, plan and implement the computer networks of a certain company or an organization.

The job assigned to the person is to maintain the network infrastructure and to sustain the online activities of the company and its user.

They design and implement the configurations of the network such as firewalls. The salary of a network engineer typically ranges from $46,500 to $115,000 annually.

Cyber Security Engineer has the job of defending what the network engineer has implemented. They install firewalls and certain software to increase the security of the company’s network and protect them against cyber-attacks, which are very common in the modern world.

They also monitor activities around the network to make sure everything goes smooth and no one tries to intervene or steal any useful information about the company. The salary of a cybersecurity engineer typically ranges from $40,000 to $100,000 annually.

An IoT(Internet of Things) Developer needs a lot of different skill sets to become a prominent IoT Developer. Their skillset may include security, system engineering, cloud programming, and hardware devices, etc.

Their job is to automate tasks of daily life by integrating different daily life tasks with the internet, such as light bulbs, kitchen, garage, etc. The salary of an IoT Developer ranges from $30,000 to $90,000 annually.

A Business Intelligence Developer has the job of developing and designing the architect of a company’s business plan by using the data provided by the success and downfall of the company.

They are responsible for maximizing the company’s revenue by reviewing the current plan and developing it until it is optimal. The salary of a business intelligence developer ranges from $70,000 to $140,000 annually.

A Software Developer or Engineer has the job of making the basic architect of a software. They manage the full cycle of the software’s development process from start to end and make sure everything is as it should be.

They are the creative force behind any software. They monitor the software and make necessary changes while the software is being made to satisfy the customer’s needs and demands. Their salary ranges from $80,000 to $150,000 annually.

Machine Learning Designers or Developers have the job of making complex and well-thought algorithms and designs that are used for artificial intelligence.

Their job is making such algorithms for machines that they require minimal human-interaction to make them do the job they are supposed to do. Their programs enable machines to do and perform human-like actions. Their average salary is $120,000 annually

Data engineers have the job of processing huge amounts of data and find trends in them so that useful information can be extracted from it. They are also given the job of optimizing the dataset provided to them.

They also research on the type of data provided to them and write reports on the usage of that data so that it can be further sorted by other people. Their salary ranges from $110,000 to $155,000 annually.

Transformation Consultant has the job of determining the achievable goals of the company. They are hired to help the company make wise decisions about their business concerning modern trends and the market of the world.

They analyze the company’s performance and help them make a better plan for their company and help them achieve the goals of the new plan. Their average salary is $110,000.

Business Intelligence Analyst has the job of analyzing the current business plan of the company and makes the desired changes in the plan to optimize the company’s growth.

Change management is the core of a company as it sustains and maintains the company’s basic core while also helps the company adopt to the market changes so that the company may benefit from it.

A Mobile Application Developer has the job of making mobile applications from start to finish where they help deploy the application on the app store.

Every company needs a website and for that, the employee Web Developers. The website can be in any language, but the most important thing is that it brings out the best in the company.

The job of a web developer is to make the website for their company that includes everything that they have to offer. Their job is to divide the different parts of what the company provides and show it to the world in the most elegant way possible. Their salary ranges from $60,000 to $110,000 annually.

A Network Administrator’s job is to maintain the network of the company. They have all the passwords of all the networks, and they are the ones who manage the firewalls and software deployed for the safety of the system. Their salary ranges from $65,000 to $95,000 annually.

System Analyst has the job of analyzing the system of the company. They analyze the data of the company’s network and depending upon the trends in the data, suggest and help the system to perform better. Their salary ranges from $50,000 to $90,000 annually.

A Database Architect has the job of making and implementing the design of a database. A database is one of the main aspects of any company as it defines how the company will keep and sustain its data.

Databases are an important factor for a company and that is why companies are extra careful while hiring a database architect and make sure they have the best database design for their company. Their salary ranges from $90,000 to $130,000 annually.

A Data Scientist has the job of analyzing and processing data. The main difference between a data scientist and a data engineer is that a data scientist is responsible for manipulating the data in such a way that they can design further algorithms depending on the trend of the data and the information they have gathered from it.

They optimize the data for the company and they also help the company in processing the data more efficiently Their salary ranges from $85,000 to $170,000 annually.

A Computer Support Specialist has the job of providing technical support to the company. They provide help using certain software to the employees of the company.

They are IT specialists who help non-IT employees with computer-related queries and problems. They are an important part of a company. Their salary ranges from $30,000 to $70,000 annually.

A Social Media Tech Manager has the job of launching social media campaigns and maintaining them. They are very important for the company’s social media presence.

A User Interface or a User Experience Designer has the job of designing and developing the interface of a website, software or a mobile application. They design the interface which includes buttons, menus, mockups, etc.

Their main job is to design such an interface that will attract the most customers and is pleasing to use. Their salary ranges from $45,000 to $105,000 annually. 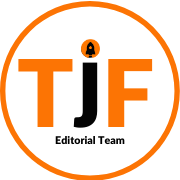 We aim to create well researched, detailed content related to technology, jobs, HR tips, Career Advice, Interview Guidance, and Preparation that helps on how to grow your professional image and find a dream job.
Read more posts from this author.
Registration Login

You have successfully registered for

Complete your profile at Hire Tech Talent and save your time by applying to hundreds of jobs in a fast and easy way. Companies will apply to you and accept or reject offers based on your preferences which helps you to get hired within a short time.

Do you want to register for ?

You are already registered for

Complete your profile at Hire Tech Talent and save your time by applying to hundreds of job. Company will apply to you and accept or reject the offer based on your preferences and get hired within a short time.